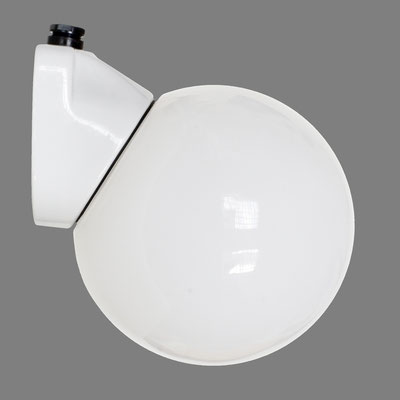 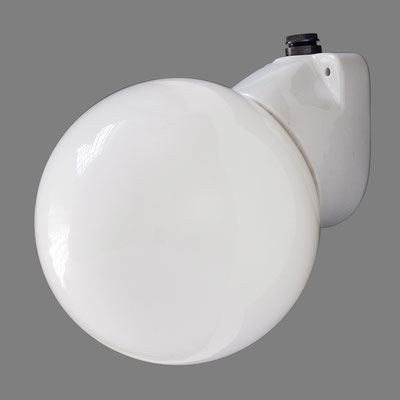 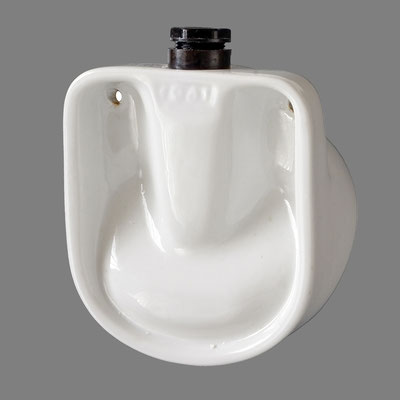 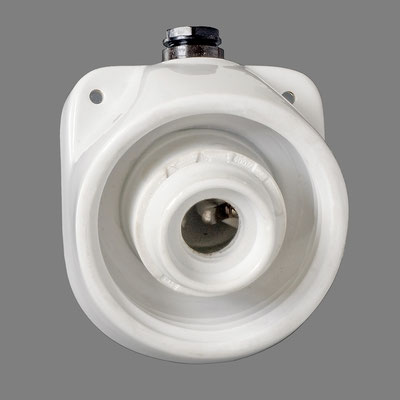 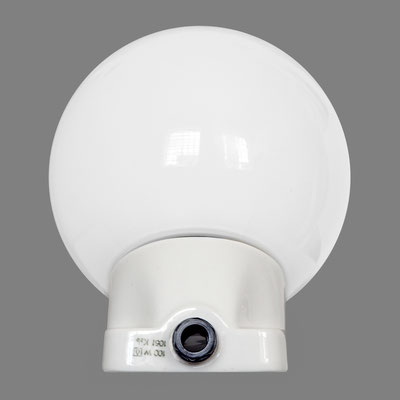 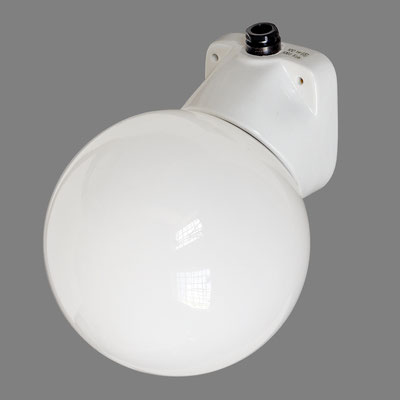 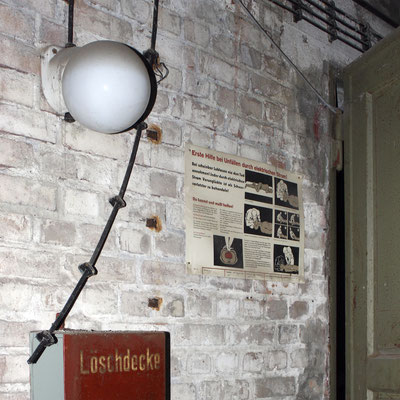 This timeless and beautiful light made by Elektroinstallation Sondershausen (EIS) in the former East Germany has been appreciated for its clear lines, functional form and high quality for decades. Its angled base is made of thick, white porcelain. This surface-mounted light is suitable for walls and ceilings both indoors and covered outdoor spaces. The base is attached by two screws mounts located on the outside. The cable enters from above via a surface mount. The globe shade made of opaline glass. The lamps are lovingly restored and all the parts are in good condition and the lamp is fully functional and ready for installing. Due to the manufacturing processes and age, slight variations, wear and defects are visible adding to their charm.

Electrical engineering products have been manufactured in Sondershausen, Germany since 1898.

The actual company was founded in 1902 by Kurt Lindner and is still in operation today.

During World War I, the factory was considerably enlarged and by 1925 the company Lindner & Co. employed over 1,100 people. During the Second World War, part of the buildings were leased to Junkerswerke Dessau. The company Brunnquell and Co., a factory for electrotechnical apparatus and lighting, which was founded in 1913 in the district of Bebra, was merged with the aforementioned company. After the Second World War, the company was expropriated in 1946 and on June 1, 1948, it was transferred to public ownership and as such had a monopoly in the GDR. The owner Kurt Lindner then had to flee to the West.